One of the most characteristic monuments in Seville City is La Giralda (weather vane), one of the biggest in the world and a real jewel.

It is the ancient minaret of Almohade Mosque dating from the 12th century on which, later on, the present Cathedral of Sevilla was built. The inferior part was built originally by the Muslims back in 1184 by an order from the Morocco Sultan Abu Yaqub Yusuf. The foundations are built with stones from ancient Roman constructions and today they can still be seen down to the floor.

In other times it was the highest tower in the world and one of the most beautiful of the Islamic world. With the conquest of the city by the Christian King Fernando III of Castile, the mosque became a cathedral and was partially destroyed by an earthquake in 1356. In 1433 the mosque was demolished and the Cathedral which was inaugurated in 1507 was constructed.

Giralda is still being used as the bell tower in this new construction. Between 1558 and 1568, a new Renaissance bell tower was built crowned by an enormous bronze weathercock, reaching today’s height of 97, 5 meters. Giralda was named that way because of the turning movements of the weathercock due to the wind. 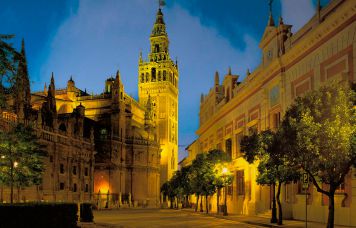 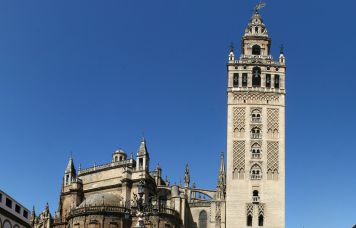 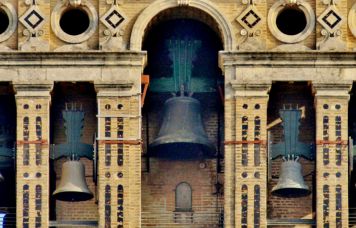 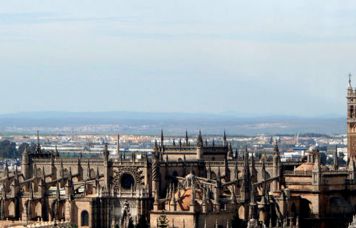 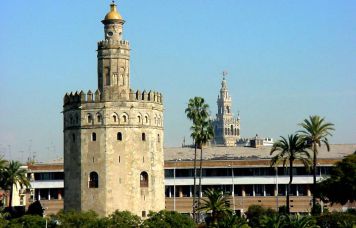